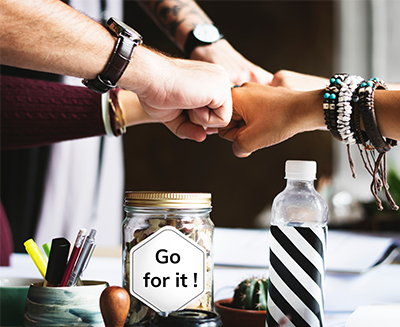 An incubator is by definition a growth infrastructure which helps new ventures develop into successful businesses. The process usually involves the provision of physical and communication facilities as well as networking possibilities and education. Via the assistance provided, the start-up will eventually gain access to capital.

The concept of incubators was born in the United States in the 1950s, but primarily became noticeable in the mid-1990s. Indeed, the dot-com boom resulted in a chain of incubators and 2005 finally saw the creation of Y Combinator. This American organisation is one of the leading incubators around the world. It is at the base of successful companies such as Dropbox, Airbnb, Twitch, Quora and more such enterprises.

Y Combinator is also known as the company which sparked the rise of modern incubators around the world. For instance, there are approximately 7000 incubators worldwide, according to the National Business Incubation Association (NBIA). Amongst these, 1250 can be found in the United States alone, 700 in China, 400 in Brazil and 220 in the United Kingdom. Mauritius also has some incubators, although the numbers are less impressive.

All of these incubators are impacting on the worldwide start-up scene and individually changing specific entrepreneurial landscapes. The survival rates for businesses that go through incubators are reportedly around 92%. Their success is attributed to various aspects.

While some value the development of business skills, others highlight the networking advantages that come with incubator programs. Start-ups gain both credibility and value when associated with incubators and the latter’s sponsors. Also, they are less likely to scramble with official/legal paperwork with the provided guidance. These contribute to raising a confident batch of start-ups that can tackle markets and challenges with relative ease.

The provision of office equipment and a functioning work space also impacts on the entrepreneurial scene in various ways. Firstly, these give entrepreneurs the necessary tools they need to cultivate their ideas and to network with other start-up owners. The potential for growth is considerably greater in this sense.

The whole ecosystem benefits from incubators

Also, with access to these facilities, entrepreneurs are given a place to start, which boosts their involvement in their project. It is therefore safe to say that incubators promote and actively participate in the growth of entrepreneurship on various levels.

For instance, the start-up ecosystem is seeing changes at both macro and micro levels with the involvement of incubators. The organisations help with the economic growth of a country. They also have a hand in the creation of wealth, jobs and innovation ventures. Additionally, incubators aid in the fostering of an entrepreneurial culture on a local level. They promote research and create opportunities for university students and in certain cases also impact on international trade.

On a more specific note, the changes that incubators are bringing to the entrepreneurial scene in India reflect the local population’s drive in terms of start-up creation. However, while around 5000 businesses are created in the country each year, a lot of these start-ups end up dying due to a lack of support. This can be attributed to the gap between entrepreneurs’ expectations and incubators’ offers.

In any case, Mauritius has a lot to learn from incubator experiences and impacts worldwide. The advantages that these business hubs provide can be very beneficial to the local entrepreneurial scene.

5 tips to improve communication within your team

Five qualities of an entrepreneur

Why should an entrepreneur make use of Digital Marketing?
TEST DRIVE MOVES ONLINE!
0 replies

What is going on in the entrepreneurial world in Mauritius and other African...

Entrepreneurs in the digital world, including security and risks
Scroll to top